Most modern day telecommunications systems are best described in terms of a network. This includes the basic elements listed above but also the infrastructure and controls needed to support the system. There are six basic components to a telecommunications network.

1. Input and output devices, also referred to as ‘terminals’

These provide the starting and stopping points of all communication. A telephone is an example of a terminal. In computer networks, these devices are commonly referred to as ‘nodes’ and consist of computer and peripheral devices.

This includes various types of cables and wireless radio frequencies.

3. Telecommunication processors, which provide a number of control and support functions.

For example, in many systems, data needs to be converted from analog to digital and back.

4. Control software, which is responsible for controlling the functionality and activities of the network.

5. Messages representing the actual data that is being transmitted.

In the case of a telephone network, the messages would consist of audio as well as data.

6. Protocols specify how each type of telecommunication systems handle the messages

For example, GSM and 3G are protocols for mobile phone communications, and TCP/IP is a protocol for communications over the Internet.

While early telecommunication systems were built without computers, almost all systems we use today are computerized in some way.

A discussion of modern communications systems is not complete without mentioning 5G. In the initial rollout, 5G speeds have ranged from ~50 Mbit/s to over 2 gigabit, and the speed is expected to grow to even 100Gbps, 100x faster than 4g. Latency will also be greatly reduced. There are different kinds of latency. “Air latency” in equipment shipping in 2019 is 8–12 milliseconds. The latency to the server must be added to the “air latency”. Verizon reports the latency on its 5G early deployment is 30 ms. The main 5G telecom carriers are Verizon, T Mobile, and Sprint (the latter two which the justice department has signed off on merging). Sub 6 GHz network base station cells and antennas are prominent across the U.S. Deployments also have taken place in South Korea, including 38,000 base stations. See below for more info on actual 5G speeds across different modulations (source: https://www.digitaltrends.com/mobile/5g-vs-4g/) :

A computer network is a system of computers and peripheral devices that are connected electronically. These connected computers can communicate with each other, which means that they can share information. Each computer has its own network address, so it can be uniquely identified among all the computers in a network. Computer networks are able to carry different types of data and support different applications.

Some of the advantages of computer networks include:

The network itself can also carry out tasks that are difficult for any single computer to do. These network services have become increasingly important as many different types of devices are connected to each other. 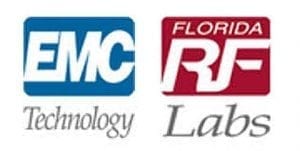